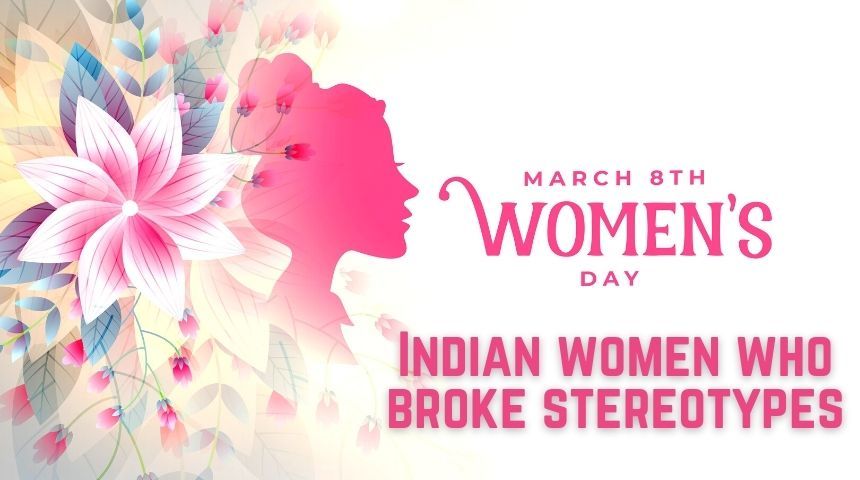 We often forget to recognise the achievements of women and their hard work. They do not get as much attention as their male counterparts, and yes, somehow it is true.

There are many women whose work, struggle and passion continue to inspire society even today. Beating all odds and gender barriers, various women across the world have made it big in different walks of life.

Let’s read the achievements of some of the most influential women in India.

Kiran Mazumdar-Shaw is a woman billionaire Indian entrepreneur. Kiran is the chairperson and MD of Biocon Limited. It is India’s biotechnology company based in Bangalore. She was the former chairperson of the Indian Institute of Management. Kiran Mazumdar-Shaw is named among TIME magazine’s 100 most influential people in the world. Not only this, she is recognised as a global thought leader for Biotechnology. Last year, Kiran was named EY World Entrepreneur of the Year 2020, becoming the third Indian and the second woman worldwide to win this recognition.

Roshni Nadar Malhotra is an Executive Director and CEO of HCL Enterprise. She is the daughter of HCL founder Shiv Nadar. Roshni is known for her strategic direction to the global conglomerate. She was ranked 54th on the Forbes World’s 100 Most Powerful Women list. Balancing professional and personal lives is one of the reasons why she stands as an inspiration to many working women out there.

Ranjana Dwivedi is also called Asha Didi, from Madhya Pradesh’s Rewa district who is the lone representative from India to be featured in NPR’s documentary of 19 women from across the globe who are overcoming challenges during the COVID-19 pandemic. With the help of her son, she uses her paintings to educate residents of the village about various government health programs, particularly involving the COVID virus, immunisations and birth control.

Chitra Ramakrishna was the first Indian woman to work as chief executive officer and MD of National Stock Exchange. Chitra started her career as a chartered accountant and later went on to become the managing director of India’s largest stock exchange market. Her determination and wisdom is what makes her one of the most influential women in India.

Indra Nooyi worked as a business executive and former CEO of PepsiCo. Nooyi has consistently been ranked among the world’s 100 most powerful women. Also, she was featured on the Fortune List in 2015 as the 2nd most powerful woman in the world. In the year 2018, Nooyi was named as one of ‘Best CEOs in the World’ and has also been awarded the Padma Bhushan and the CNN-IBM Indian of the year- Global Indian award 2019.

Gita Gopinath is a Harvard economist who became the first Indian woman to assume the position of Chief Economist at IMF – the International Monetary Fund. Gita is originally from the Indian state Kerala and is the daughter of a farmer-entrepreneur! She is the John Zwaanstra Professor of International Studies and Economics at Harvard University.

Gita is also the co-director of the International Finance and Macroeconomics program at the National Bureau of Economic Research. After Amartya Sen, she is the second Indian to get a permanent membership at Harvard’s Economics Department.

Flight Lieutenant Avani Chaturvedi, a young Indian Air Force officer, became the first Indian woman fighter pilot to fly the ‘MiG-21 Bison’ solo. The MiG-21 Bison is known for its highest take-off and landing speed in the world at 340 kmph. Avani inspired many young women by making her mark in a field dominated by men.