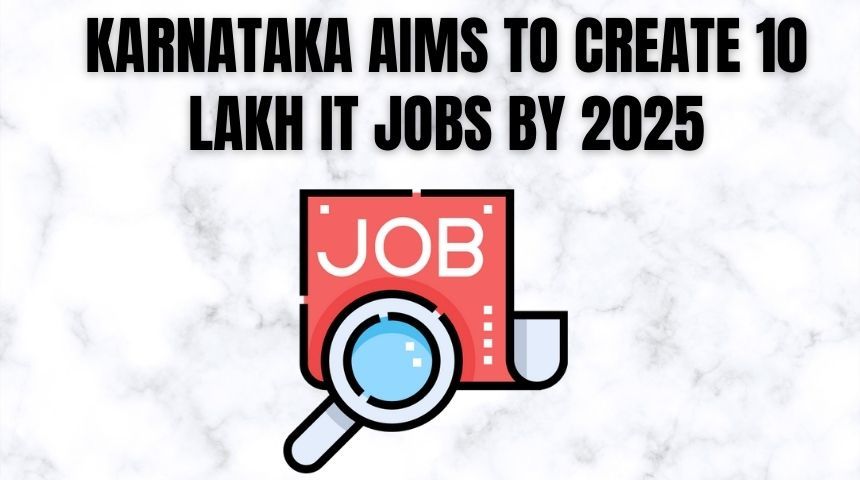 Dr C N Ashwath Narayan, Karnataka Deputy Chief Minister has announced that the state will create 10 lakh jobs by 2025. Karnataka Digital Economy Mission (KDEM) is to work on the jobs to attract IT sector investors and become the economy of $300 billion and reach the goal of $150 billion in IT exports.

At the KDEM inauguration, he said that the Mission is developed with the motive of contributing to the GSDP 30%. Along with this, to achieve the target, ‘Beyond Bengaluru’ report is launched.

Continuing to his statement, he said that the government will work to provide round the clock electricity, to improve the connectivity of remote parts, and establish infrastructure to eliminate the rural-urban divide. The government is taking all the necessary steps to strengthen the digital economy with the industry-friendly approach.

E V Ramana Reddy, Chief Secretary, Department of Electronics, IT/BT, added that in the GSDP, the IT sector contributes around 25%, “out of which 98% accounts for Bengaluru”. He added that to increase the share, they have added the ‘Beyond Bengaluru’ project.

Officials said that the public-private partnership model is added in KDEM associated with the companies like India Electronics & Semiconductor Association (IESA), NASSCOM, Vision Group on Startups, and ASSOCHAM – The Associated Chambers of Commerce and Industry of India.