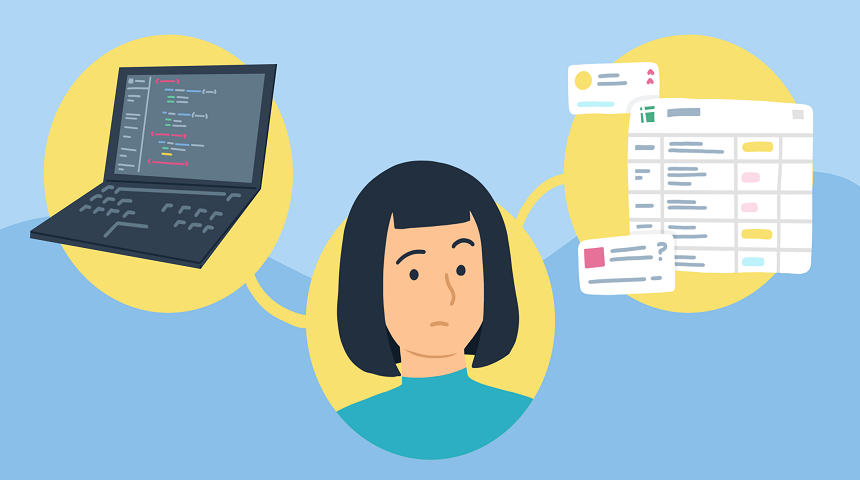 Who is the product’s driving force? An MVP can be created by a group of smart people to test your notion. When your company reaches product-market fit, the emphasis moves from speed to quality, and it requires a team lead by hardcore experts to perfect it. It’s a crucial time for companies to hire a Tech Lead (TL).

A strong tech leader is not the same as a top-notch professional. Deep technical knowledge does not imply that a person can effectively express their ideas or lead people to perform their best for the company. Neither senior specialist is ready to go deep into business objectives and sacrifice some technological qualities for the sake of a superior overall strategy. A TL must have a mentoring attitude to handle all of these obligations.

Who is an effective Tech Lead?

A mentor mentality is a broad word that encompasses a variety of traits and abilities, the most significant of which are empathy, active listening, maturity, and business acumen. The combination of these four skills ensures that the leader is equally adept in the areas of technology, business, and management.

Why is empathy important?

Affective, cognitive, and behavioural empathy are all parts of empathy. When it comes to business, empathic empathy is crucial when a person:

When suggesting modifications, a TL may abuse their authority by disregarding the ideas and feelings of other developers. The result is clear: the team will fight the forcibly enforced changes, thus impacting the company’s overall performance.

Empathy can be practised in simple ways, such as being mindful of your tone of voice, body language, and terminology.

How to listen for insight

When you make a conscious effort to hear the entire message, you are practising active listening. While the other person is speaking, you pay attention and listen without interrupting or making counter-arguments.

A TL avoids making assumptions and leaping to incorrect conclusions by making an attempt to understand the intentions and views of others. When a leader hasn’t yet earned the trust of his or her team, active listening is essential. It aids in identifying the obstacles in the developer’s path and guiding them to the conclusion rather than forcing them to it.

Knowing how to run a business

The most technically advanced product isn’t always the most successful. Business goals frequently trump the developer’s vision of how an app, website, or feature should work. A good TL knows the “whys” behind the products they build and aligns their decisions with the company’s goals. It’s sometimes necessary to give up personal preferences in terms of stack and architecture. It may sometimes be necessary to communicate with a client and explain the advantages of a particular decision.

It’s half the battle to find a TL who has a mentor mentality. The organisation must integrate and onboard a new specialist in order to get all of the benefits. On average, I’ve found that it takes roughly 6 months for a TL to actively participate in operations and put their vision and ideas into action.

Project managers can expose them to the product and walk them through the roadmap, client agreements, and tech debt during these months. It’s time for a TL to earn trust and acknowledge the work that has already been done.

Only a TL’s morals and basic integrity influence how they engage with their team and the culture they create. While a TL delves into every last detail, developers have the opportunity to get to know each other and form personal bonds. Interpersonal relationships have an impact on how a team performs. When a TL offers modifications, developers know they’re from a positive place, and recommendations won’t be interpreted as threats.